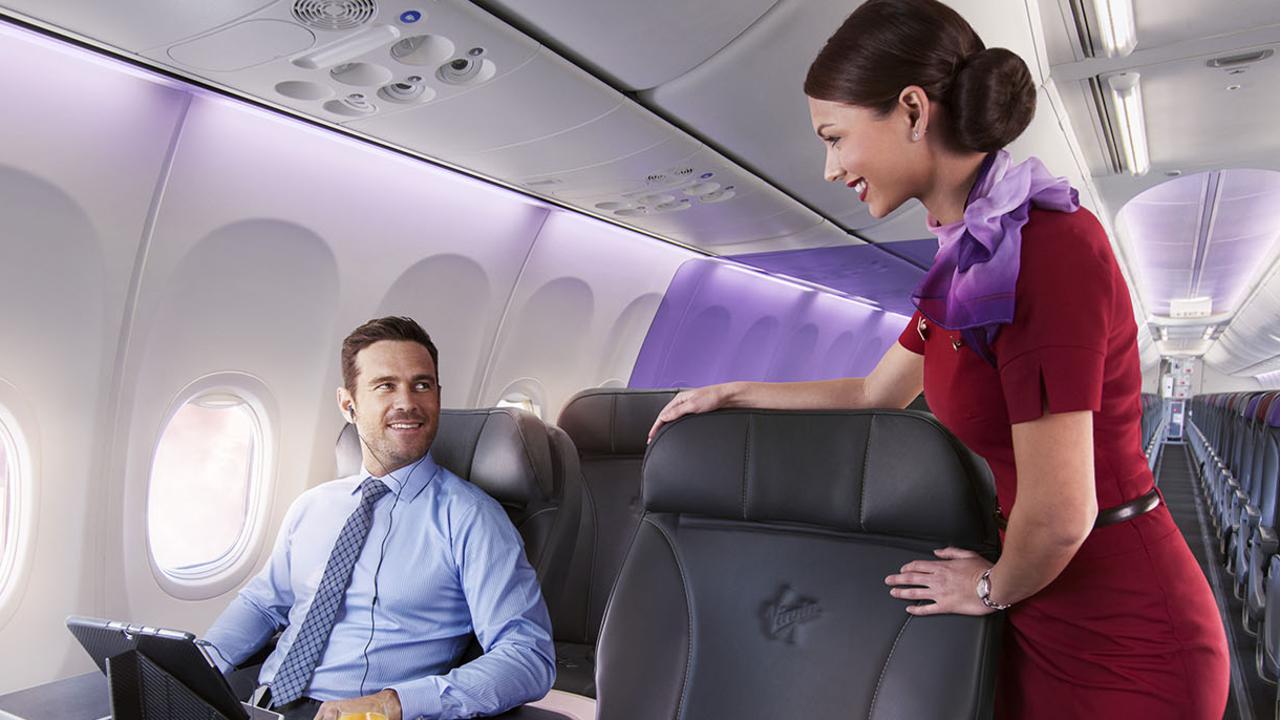 The airline is making business class more accessible than ever, by cutting the cost of their flights to a price you’d usually pay for economy.

Virgin is cutting the cost of business class fares in half, in a wild change that some might think was an April Fool’s trick.

The airline dropped its business class fares on some routes as low as $299 one way, saving more than $500 for some flights.

The price drop is a permanent one, Virgin confirmed, as the airline battles to control a third of Australia’s domestic travel market.

Virgin Australia’s premium lounges – located in Sydney, Melbourne, Brisbane, Adelaide, the Gold Coast, Canberra and Perth – will reopen on April 20 this year after closing during the coronavirus pandemic.

Virgin Australia CEO Jayne Hrdlicka said the decision to slash business class fares was to help the airline’s target of owning 33 percent of the domestic market.

“Virgin Australia represents some of the best value in the travel market,” Ms Hrdlicka said.

“Our Business Class airfare pricing is another example of how we have reset our cost base and then invested in creating premium travel experiences at very affordable and competitive prices, which we know our customers love.”

Ms Hrdlicka said the fares were “up to 60 percent cheaper” than those customers could buy pre-pandemic.

“Looking ahead, we are confident our value-for-money travel experiences will see us achieve a 33 percent share of the market this year, which we’ve always said was our goal,” she said.

“Travel demand is going from strength to strength with passenger bookings currently ahead of 2019 levels, which shows just how bright our future is.”

The airline is also offering a 45 percent bonus on Velocity Status Credits for all eligible business class bookings for travel by June 30.

International business class fares, to Bali, Fiji and Queenstown in New Zealand, have also been cut to be at least 30 per cent cheaper than what they were pre-pandemic.

– Between Melbourne and Sunshine Coast – $359