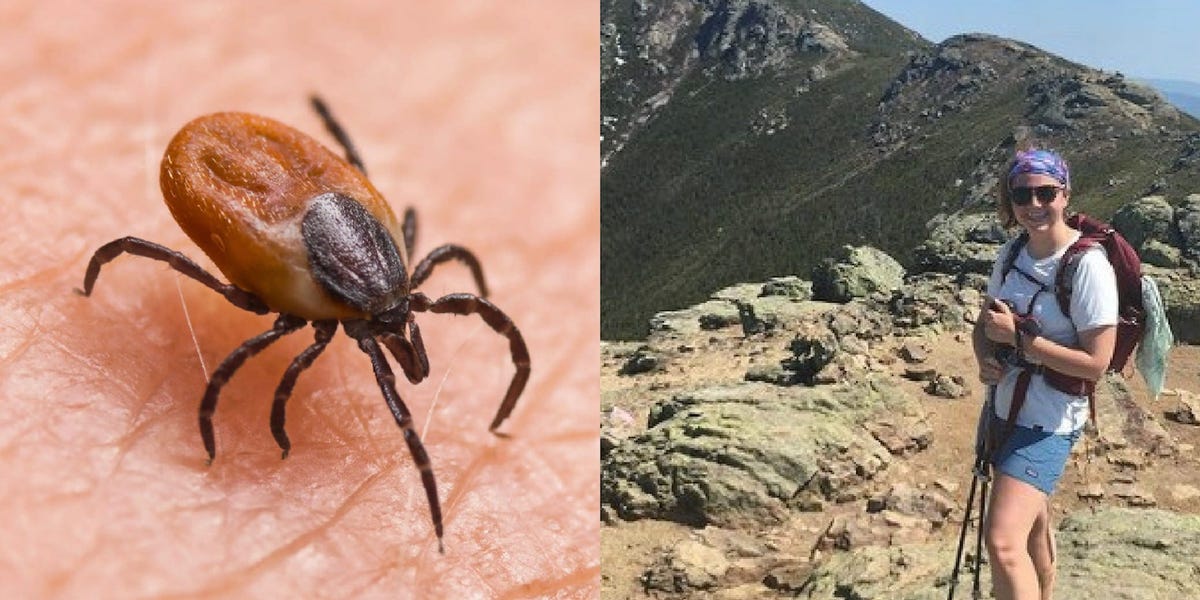 Tick ​​bites are an occupational hazard for Kerry Leavenworth, 30, a program coordinator at Nature’s Classroom.

After spending nearly half of her life working outdoors, the risk of getting bitten still “freaks me out a little bit,” Leavenworth told Insider. But in her years of experience as a camp counselor and outdoor educator, she’s had her share of insect encounters.

Her job at Nature’s Classroom, an environmental education program based in New England, requires her to be diligent about removing ticks from her own body and she instructs her staff to do the same. If not removed promptly, some ticks can spread bacteria that cause Lyme disease or other illnesses.

Leavenworth said wearing long pants and using insect repellent (or a chemical-free alternative) can help you avoid tick bites and prevent serious illness. Even if you take preventive measures, it’s important to check yourself for ticks if you spend a lot of time outdoors.

Know the risks associated with tick species in your area

At the start of each three to five day field trip, typically for middle school students, the program nurse runs through the basics of tick prevention, Leavenworth said.

Signs around camp show zoomed-in photos of the deer tick, which is known for spreading Lyme disease. Lyme disease is the most common tick-borne illness in New Hampshire, where Leavenworth works.

The tick’s black legs set it apart from other species, like the brown-legged American dog tick. Leavenworth said she sees more dog ticks than black legged ticks around camp. Although the dog tick is associated with Rocky Mountain spotted fever in the southern US, the disease is very rare in the Northeast, according to surveillance data from the Centers for Disease Control and Prevention.

Leavenworth said she wears long pants to reduce her risk of tick bites. Kids visiting the outdoor education program are instructed to do the same, especially when they explore deep in the woods.

Ticks thrive in wooded and grassy areas where animals roam, so a host to feed on is never too far away. Many species prefer humid environments that are low to the ground, like decomposing piles of wood or leaves, according to TickTalk.org.

If you’re spending an extended amount of time in the woods, Leavenworth also recommends tucking your pants into your socks to protect your ankles. That being said, ticks can latch onto clothing and hitch a ride indoors, so it’s important to check for ticks even if you’ve taken precautions to avoid them.

Check for ticks in your cracks and crevices

After spending so much time outdoors, Leavenworth told Insider that checking for ticks comes naturally. She said she makes sure to do thorough tick checks in the shower, and she’s constantly on the lookout for ticks that have made their way indoors.

Ticks like warm, moist areas of the body. Some of the most common body parts where ticks can hide, according to the National Pest Management Association, include:

If you find a tick on your body, remove it promptly and monitor the area

Ticks may spend several hours exploring the body before they bite, so time is of the essence.

Once a tick has found a soft spot to bite, it will embed its mouth parts, releasing small amounts of saliva to numb the area. The tick’s saliva and blood may contain pathogens that can cause disease, according to the CDC.

Leavenworth said multiple kids visit the nurse at Nature’s Classroom for tick removal every day. To remove ticks that have embedded in the skin, locate the head of the tick and pull it out with tweezers, taking care not to release the insect’s blood or leave parts behind.

If the tick has embedded, the camp nurse typically saves the insect in case it’s needed for testing. Leavenworth also recommended circling a tick bite to monitor any redness in the area, which could be an early sign of infection.