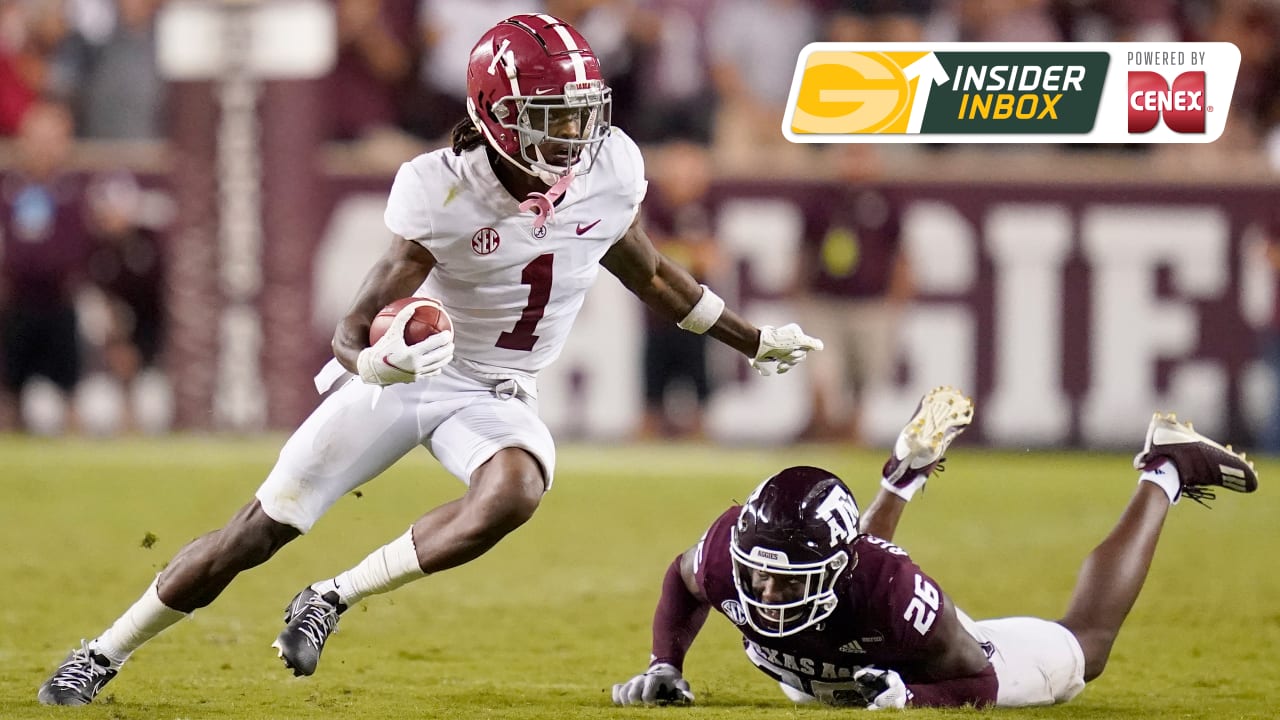 “Face to face,” do you bring a stool with you to the locker room? FYI, I’m on your level. I was at a restaurant once and the OL was there. I was coming out of the bathroom just as Frank Winters was coming in and I found myself more face to chest than face to face with him, and he was a “small” lineman.

Football players are big people, but I’ve also covered 7-foot basketball players and 5-foot wrestlers. On the surface, height is never really something I think much about. But watching the combination of size, speed and physicality on field level is the most awe-inspiring thing for me. If you have the means, try to get field-level tickets to an NFL game just once in your life. It could even be preseason. It gives me heart palpitations watching the game in that way. It’s some of the strongest, toughest and fastest humans alive going to battle in real time. I wouldn’t be able to gain a single yard.

There’s truth to what you’re saying, but it is fun when you get the best of both worlds like the Packers had with Rodgers and Jordy Nelson, and Rodgers and Adams.

Hi Wes! The ball distribution in the passing game should be interesting to see this year. Do you see the TEs getting more involved and will ﻿Josiah Deguara﻿ get more opportunity with Bobby out for likely the first half of the season? He’s still my guy that I believe he will have a breakout season given the chance.

One year removed from knee surgery, Deguara will factor more into the offense this season but it’s worth pointing out he is more of a ‘F’ tight end than Tonyan. So, I wouldn’t necessarily judge his production by having 100 yards and two touchdowns. Deguara is an important piece to the offense, though. He’s versatile, aggressive and plays to the whistle.

To all those who think signing a free-agent WR or trading for one is the way to go. All you will be getting is a malcontent or a player on the downside of his career. Draft a couple WRs and you can have them for several more years without wasting money or draft picks.

There is some gray area in-between those two extremes, but I agree with the underlying premise of your submissions. Draft-and-develop isn’t dead. It’s alive and well. A year from now, we may look back and realize it was the answer to the questions fans are asking right now.

Let’s play a game of intent. Let’s intend the season starts today. Who are our starting wide receivers?

Randall Cobb, ﻿Allen Lazard﻿ and probably ﻿Malik Taylor﻿ as the No. 3. People forget how fast Taylor is. If you’re asking for an ’11’ personnel formation, I’d have Taylor slotted in that MVS role at the moment.

I just want to get this in before it actually happens. The Packers and Will Fuller V will agree on a deal soon. He has the speed the Packers want and should be cheap after his Miami stint and his injury history. Also, the Packers already showed interest a couple seasons ago.

II ombuds-people, put a pin in this one for later.

Jameson Williams (speedy and productive) is the guy to go get with the first first-round pick. Yes, he’ll miss a month or two, but the wait will be worth it. The Pack may need to jump ahead of the Pats (currently at No. 21) to get him. Would No. 22 and one of their fourth-rounders get this done?

I wouldn’t be opposed to drafting Williams. He’s a game-changer and worth the injury risk if he slips into the 20s. Based on DraftTek’s draft-value chart, it might take both fourth-rounders (856 points with No. 22 pick) to move ahead of New England. Pittsburgh’s No. 20 pick is valued at 850. Williams or no Williams, the good news for Green Bay is receivers are not in short supply this year. This draft class has it all. There’s a WR prospect for every type of offense.

I would rather go with the big guy to kick off the draft. It’s not a sexy pick, but it’s the better philosophy. I think finding another stud to rotate on the DL or OT to push ﻿Yosh Nijman﻿ and ﻿Elgton Jenkins﻿ is a better first round investment than a WR who has to become the guy to justify the 22nd pick. Taking two WRs in second round sounds good to me, both get to be complimentary pieces that build a solid career. Sound good to the II GMs?

That’s what makes the lead-up to the NFL Draft both compelling and silly. Over the next month, we’ll talk through all these scenarios and 99% will get extinguished in the blink of an eye April 28. But it is fun to talk about.

Gentleman: As former high school football coach I why the 40-yard dash time was so important for lineman. I asked a former NFL father and son players from our hometown wouldn’t the four-foot dash time be more important? They both agreed. If you don’t get into the defensive lineman first, you will be in for a long possession.

I agree to a certain point. But you also have to recognize a guy like Terron Armstead, who put himself on the map when he ran a 4.71 in the 40 at the 2013 NFL Scouting Combine. Since then, he’s gone from a small-school third-round pick to a three-time Pro Bowl left tackle. Everything matters in the pre-draft process. You just have to take each part with a grain of salt.