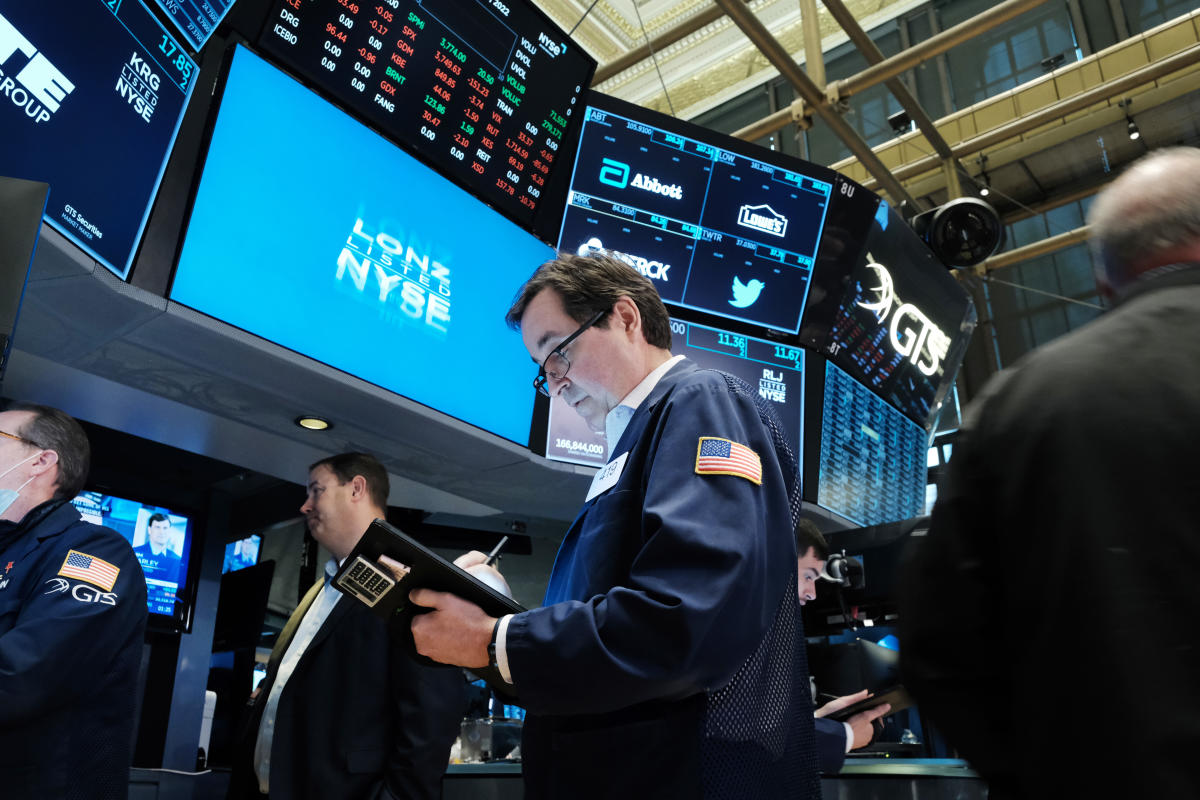 US stocks sank Thursday as investors weighed the potential economic costs of the Federal Reserve’s ongoing fight with inflation.

Stocks, which initially moved to the upside following Fed’s first 75 basis point rate hike since 1994 on Wednesday, turned around as traders assessed the potential that the central bank’s moves to bring down inflation would trigger a deeper downturn in economic activity.

The Federal Open Market Committee’s (FOMC) Summary of Economic Projections (SEP) on Thursday showed the committee itself now sees a less rosy economy ahead as its continues to hike interest rates. The FOMC now anticipates the unemployment rate will in at 3.7% by the end of this year (versus the 3.5% rate seen in March), and that real gross domestic product will rise just 1.7% (versus the 2.8% increase seen previously) . The Fed also raised its forecast for the rate of core inflation at year-end and its expectation for where the Fed funds rate would end 2022.

The lowered growth outlook coupled with a more aggressive path on interest rate hikes ahead appeared to vindicate some pundit’s concerns that the Fed’s window to achieve a “soft landing” had nearly or already passed. Fed Chair Jerome Powell suggested Wednesday that a 50 or 75 basis point interest rate hike seemed most like at the central bank’s next meeting in July. While the Fed is still forecasting GDP growth will end each of 2022, 2023 and 2024 in positive territory, some suggested this may be overly optimistic.

“The Summary of Economic Projections (SEP) and Chair Powell’s presser highlighted a Committee that sees an increasingly narrow path to a soft landing, while still maintaining that as a baseline,” Matthew Luzzetti, chief US economist at Deutsche Bank, wrote in a note . “The statement removed the reference to maintaining a strong market as control and the SEP anticipates under that the unemployment rate will eventually rise by about half a percentage point. signaled at [Wednesday’s] meeting and that this tightening will trigger a recession in 2023 that leads to more material rise in the unemployment rate.”

Powell, for his part, said Wednesday that the Fed was not looking for a recession to achieve the central bank’s goals of bringing down inflation. However, whether such an outcome is ultimately avoidable as a byproduct of the Fed’s moves remains a question for markets, and one that will likely keep volatility at play, some strategists said.

“‘Clear and convincing’ evidence of moderating inflation has yet to materialize … Further volatility is likely with the Fed firmly data dependent,” Julian Emanuel, senior managing director at Evercore, said in a note. “Ideally, this will include equities reflecting signs of capitulation, the groundwork for ‘a’ bottom is being laid.”

“Until further necessary and sufficient signs (gasoline price turn and VIX [spikes above 40] on heavy stock volume) of ‘a’ bottom, not necessarily ‘the’ bottom appear, we maintain balanced exposure,” he added.