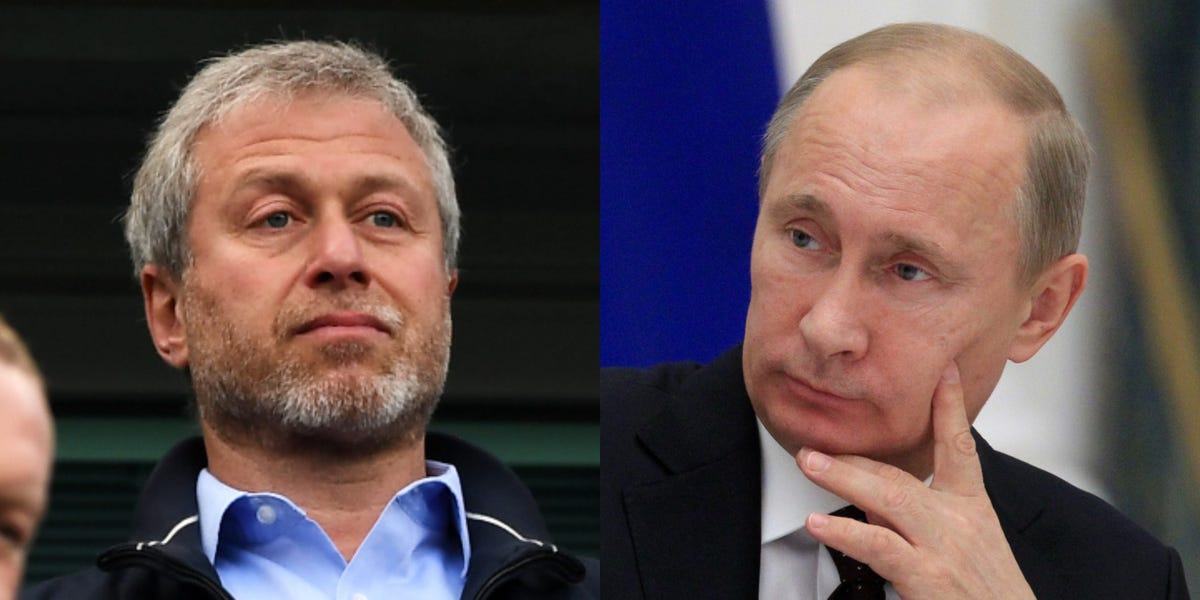 The West has been slapping sanctions on wealthy Russian oligarchs after President Vladimir Putin ordered troops to invade Ukraine – but some think the measures are merely public relations exercises that are unlikely to have much impact.

“I think when it comes to sanctions on oligarchs, they are frankly symbolic,” Tom Keatinge, the director of financial crimes and security studies at the Royal United Services Institute, told CNN. “It’s definitely a PR exercise.”

The West’s package of sanctions – which also includes limiting trade, banning transactions with Russia’s central bank, and cutting off access to currency reserves – is aimed at hobbling the country’s economy, cutting funding to its military, and putting pressure on Putin to end the conflict .

But some commentators doubt how much influence oligarchs actually have over the Kremlin, or are prepared to use, while some of the oligarchs themselves deny being close to Putin.

The measures taken against oligarchs – which include the seizures of high-profile assets like properties, private jets, and superyachts – “put the whole issue of sanctions in the public eye” but are unlikely to change Putin’s viewpoint, Keatinge told Channel 4 News.

Exiled Russian oligarch Mikhail Khodorkovsky has made similar comments. The former CEO of Russian oil giant Yukos, an outspoken critic of the Kremlin, has said in interviews that sanctions on Russian oligarchs alone wouldn’t be enough to persuade Putin to abandon the invasion of Ukraine.

Western nations have suggested that sanctioned oligarchs yield considerable influence over Putin and the Kremlin.

When it sanctioned Roman Abramovich, for example, the EU said that he had “privileged access” to Putin, although Abramovich has repeatedly denied having close personal ties with him.

But Khodorkovsky has said that oligarchs are “just Putin’s footmen” and “cannot influence him.”

Keatinge told CNN that it was “pretty unlikely” that prominent oligarchs would use “what little leverage they have with Putin” to speak out against the invasion of Ukraine.

“We’ve seen what happens if people cross Vladimir Putin,” Keatinge told the outlet. “And these individuals who are being sanctioned won’t want to go the same way.”

Some oligarchs have lashed out, denying their alleged ties to Putin and calling the unfair sanctions.

“What did we do wrongly, except for doing business in Russia?,” Mikhail Fridman – who founded the largest private bank in Russia, and is on EU and UK sanctions lists – told CBS.

Even if they’re believed to have limited effects, the sanctions are certainly making life uncomfortable for oligarchs. Fridman said he was “practically under house arrest” after being sanctioned and had to apply to the UK government to spend money. Some individuals meanwhile have been moving their yachts, private jets, and shares, to dodge sanctions.

Despite criticizing their limitations, Khodorkovsky, the exiled oligarch, has ultimately supported sanctions on Russian oligarchs because he said Putin could use these people to influence the West.

“It is absolutely important to stop all of these purse holders of Putin’s until the war ends,” Khodorkovsky told CNN in mid-March. He said that the West needed to sanction oligarchs, cut off all international cash flows to Russia, and block Putin’s bankers.

“That’s the only thing that will stop the war,” he said.