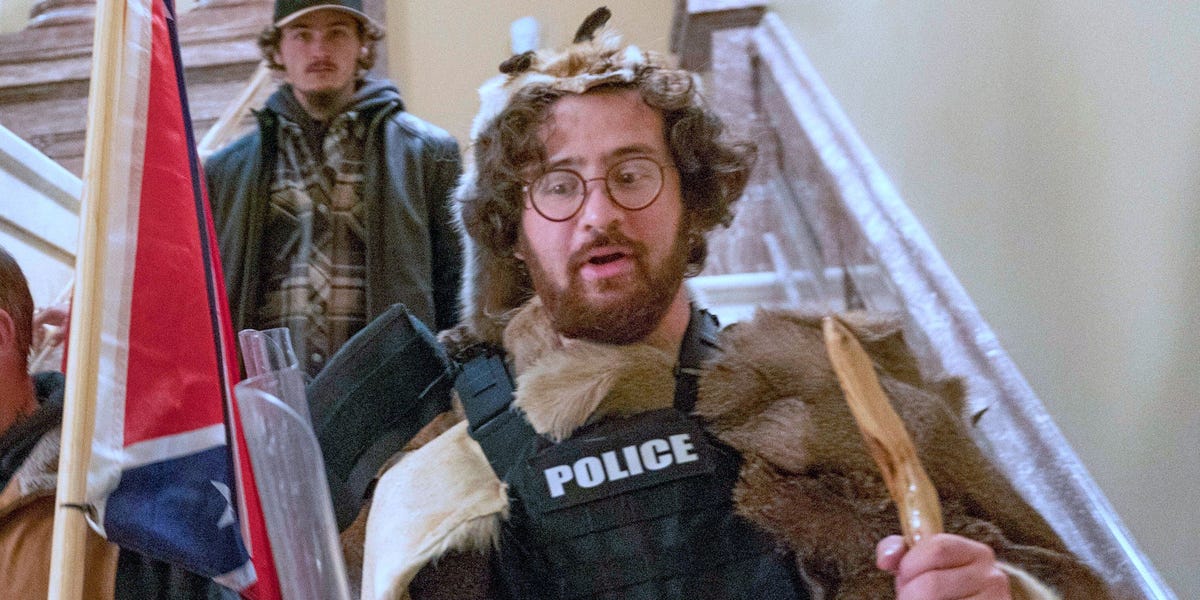 A New York judge’s son who stormed the Capitol while dressed as a caveman has been given a jail sentence of eight months for his role in the January 6 riot.

Aaron Mostofsky, 35, who was pictured invading the Capitol adorned in fur pelts, a police vest, and carrying a shield, was arrested after investigators identified him in multiple media appearances from the insurrection.

While sentencing him on Friday, US District Judge James Boasberg said that Mostofsky was “literally on the front lines” of the attack, CNN reported.

“What you did imposed and others that day on how an indelible nation is perceived, on both home and abroad and that can’t be undone stain”, the judge said.

However, the judge said that he was “struck by the details” in over 30 letters describing Mostofsky’s charitable work and selflessness.

“Those do lessen the time I’m going to give you,” the judge said.

Along with eight months of jail time, Mostofsky was ordered to pay $2,000 restitution for damage done during the attack and was given 200 hours of community service and a year of supervised release.

Mostofsky, the son of Brooklyn Supreme Court Justice Steven Mostofsky, pleaded guilty in February to civil disorder, theft of government property, and entering and remaining in a restricted building.

While in court on Friday, Mostofsky described the riot as a “war scene” and said he “did not intend to harm any police officers,” according to CNN.

He asked the judge to “have mercy” during his sentencing.

His attorney Nicholas Smith said during the hearing that Mostofsky was attending the rally as a “zelig,” which he described as a character who appears in key moments of history, CNN said.

Smith said that it was a “silly concept” and that Mostofsky “wears customs at all kinds of events.”

Mostofsky was identified after he did a video interview with The New York Post from inside the Capitol building in which he claimed the election was stolen, according to charging documents.

“I don’t think 75 million people voted for Trump,” he told The Post, according to prosecutors. “I think it was close to 85 million.”

He told the New York Post that he found the items on the floor and took them, according to court records. The federal government values ​​the bulletproof vest at $1,905 and the shield at $256.65.

More than 760 people have been arrested in connection with the Capitol riot and more than 270 have pleaded guilty.