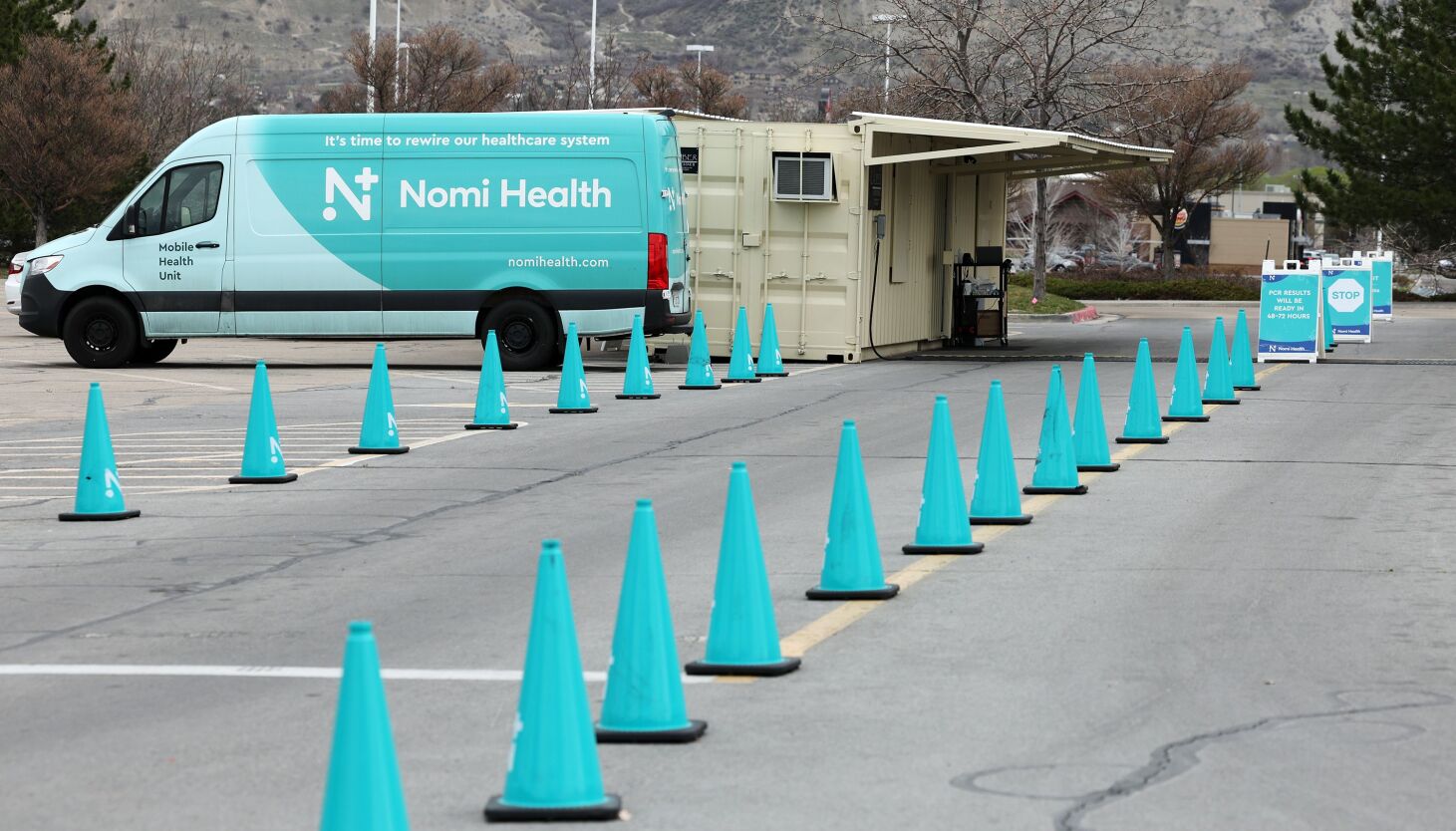 Starting Friday, most Utahns will no longer have access to free COVID-19 testing and there’s no limit on how much the companies hired by the state to run testing sites can start charging patients, according to the Utah Department of Health.

“Prices for testing are set by the market,” Nate Checketts, the department’s executive director, told reporters Wednesday during a virtual news conference on Utah’s move to a “steady state” pandemic response announced earlier this month by Gov. Spencer Cox.

Utahns are encouraged “to check between multiple companies to find the one that’s the best fit for an individual, and that may include the cost of the services provided because they can vary,” just as they might for other medical services, he said.

When it comes to COVID-19 tests, the price tag to get testing needed for travel ranges from $60 to $350, depending on the type of test required before a trip and the company providing it, the state health department says on its coronavirus.utah .gov website, pointing out that insurance may not be accepted.

Checketts said signs and other materials should be posted on sites that are transitioning to for-profit testing to alert Utahns that when April starts, it will be a company seeking to make money rather than the state vendor offering the service.

But it’s not clear which sites will be privately run after the governor’s Thursday deadline for shifting COVID-19 testing and treatment to private providers, or whether there will be new for-profit locations opened, although Checketts said he doesn’t expect new companies to start offering testing in Utah.

“We don’t know that,” state health department spokeswoman Jenny Johnson told the Deseret News, since the vendors — Nomi Health, Mako Medical and TourHealth — have not provided lists of sites they’ll operate privately after Thursday. When they do, those sites will be included on the state website, Johnson said.

She said the agreements for the remaining testing sites were with the state, so companies that wanted to continue for-profit testing in the same location would have to secure new agreements with the property owners on their own.

Orem-based Nomi Health will continue offering COVID-19 testing at the Provo Towne Center and in the next few days, more sites will be announced, spokeswoman Jenny Olson said. She said state sites operated by the company in Logan and Ogden are set to remain open at least until April 15, as for-profit sites.

The Nomi Health sites will be requesting insurance for both rapid antigen and PCR tests, but won’t turn any patients away, Olson said. She did not know what insurers would be billed for those tests. Rapid PCR tests widely used for travel will be offered for $179, Olson said, and an invoice provided so patients can seek reimbursement.

A marketing company associated with TourHealth, which provides testing at sites in South Carolina and in mobile vans in Utah, did not respond to questions. A spokeswoman for MAKO Medical in North Carolina, Heather Matthews, said, “At this time, MAKO will not be offering for-profit testing in Utah.”

MAKO, which ran state testing sites in Grand, San Juan and Sanpete counties, “has been honored to serve the citizens of Utah and we stand ready to re-engage should state leaders request our assistance,” Ryan Dienst, executive vice president of strategy and business development, said in a statement.

“Our contract will remain in place, so we are able to re-engage and provide COVID-19 testing at any time,” Dienst said.

Checketts said Utah is ready to ramp up services like testing again should there be another surge. But neither he nor state epidemiologist Dr. Leisha Nolen were able to spell out specifically what would have to happen to trigger a resumption of state testing and treatments for COVID-19.

Nolen said while there will certainly be future waves of the virus coming, “ramping up is something to look at when we have severe disease” that overwhelms the health care system. Going forward, the state will focus more on measures like emergency room visits for the virus and its presence in wastewater, she said.

The state’s coronavirus website will now update once a week, on Thursdays, rather than daily, Nolen said, and Utahns will need to look to the Centers for Disease Control and Prevention to see what community transmission levels are in the state.

The changes come as the so-called “stealth omicron,” a subvariant of omicron known as BA.2 by scientists that’s even more highly transmissible, is now the dominant type of COVID-19 in the US after driving up cases overseas, especially in Europe .

So far, Nolen said BA.2 has not caused an increase in cases in Utah. She said because so many Utahns were infected with the original omicron variant that sent cases skyrocketing to record levels in January, there’s hope the state has enough immunity to stave off a surge from the subvariant.

The best way Utahns can protect themselves against COVID-19 is by getting a booster shot, including the second booster dose of Pfizer or Moderna vaccine that was authorized Tuesday by federal authorities. Studies have shown the shots to greatly increase the effectiveness of the vaccine against hospitalization or death.

Free state testing, including at-home testing kits, will remain available in “vulnerable communities,” Checketts said, with more self-testing kiosks expected in the coming months. As for treatments, he said federal funding has been discontinued, and the state’s monoclonal antibody infusion site in Millcreek has already closed.

Asked about the stalemate between the White House and Congress over new COVID-19 funding, Checketts said many of the treatments are covered by insurance. For the uninsured, he said the state is considering expanding Medicaid coverage quickly to include vaccinations and treatments along with testing.

The state health department, which is set to merge in July with the Utah Department of Human Services, has “some money available” to restore COVID-19 services without a new appropriation from the Utah Legislature, but whether that’s enough “would really depend on how large a ramp-up would need to occur.”

If COVID-19 explodes again in Utah like it did in January, when cases exceeded 13,000 in a single day compared to the 133 reported Wednesday, numbers so high the governor urged most Utahns to skip testing, Checketts said, that would mean a “significant” increase” in testing that would likely require additional funding.