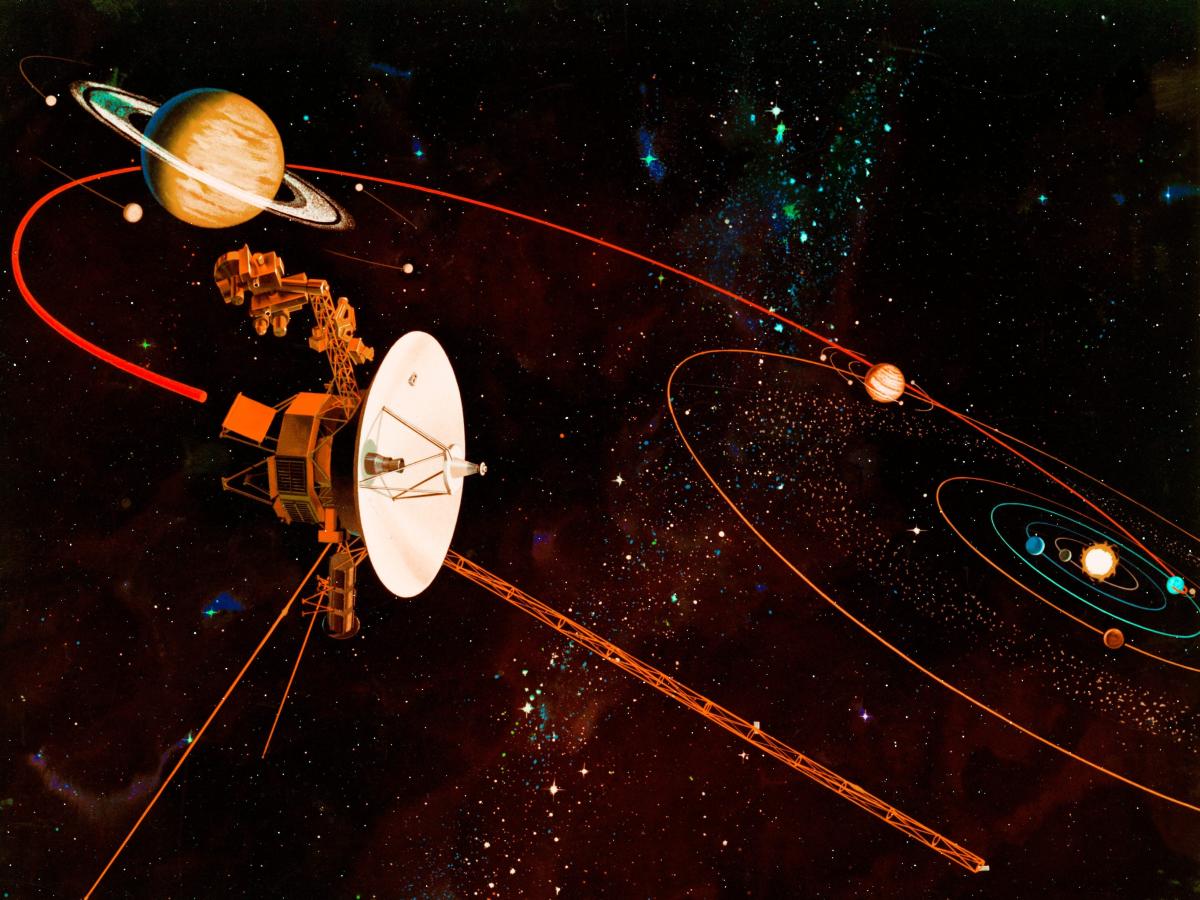 An artist’s impression (circa 1977) of the trajectory to be taken by NASA’s Voyager 1 and Voyager 2.Space Frontiers/Archive Photos/Getty Images

The epic interstellar journeys of NASA’s acclaimed Voyager probes are due to come to an end as the agency starts switching off their systems, Scientific American reported.

The probes launched 45 years ago, in 1977, and have pushed the boundaries of space exploration ever since. They’re farther away from Earth than any other man-made object, a record that will likely stay unbroken for decades.

The decision to reduce power on the probes is meant to extend their life span a few more years and take them to about 2030, Scientific American said.

“We’ve done 10 times the warranty on the dark things,” Ralph McNutt, a physicist at the Johns Hopkins University Applied Physics Laboratory, told the outlet, referring to the initial projections that their mission would last four years.

The probes are powered by radioactive plutonium, which has kept the tiny onboard computers running for decades on end.

The energy in the system is decreasing by about 4 watts a year, Scientific American said, which requires energy use to be cut.

“If everything goes really well, maybe we can get the missions extended into the 2030s. It just depends on the power. That’s the limiting point,” Linda Spilker, a planetary scientist from the NASA Jet Propulsion Laboratory, told Scientific American.

The probes’ primary purpose was to fly by Jupiter and Saturn, a mission that they soon fulfilled. Then they just kept going, sending back images of our solar system and beaming home readings from deep space.

In 1990, Voyager 1 took the iconic “Pale Blue Dot” composite picture, a view of Earth taken 3.7 billion miles away from our sun.

More striking pictures taken by the probes are seen in the video below.

In 1998, Voyager 1 became the farthest human-made object in space — 6.5 billion miles from Earth.

The probes are now 12 billion and 14.5 billion miles away from Earth and counting, a live tracker from NASA shows.

That is beyond what is generally considered to be the limits of our solar system. Voyager 1 reached “interstellar space” in 2012 and Voyager 2 in 2018 — the first human objects to do so in history.

The instrument’s hardwired electronics have survived the test of time remarkably well, in spite of its age.

The primitive computers onboard the probes don’t require much power. All of the data collected by the instruments on Voyager is stored on an eight-track tape recorder and sent to earth using a machine that uses up about as much power as a refrigerator light bulb, Scientific American said.

They have “less memory than the key fob that opens your car door,” Spilker said.

As energy on board is dwindling, NASA is going to have to decide which instruments will get the power.

After 2030, Voyager will likely lose its ability to communicate with Earth. But that doesn’t necessarily mean its mission will be over.

They both carry a “golden record,” a 12-inch, gold-plated record that carries information about Earth.

This includes 115 images; greetings in 55 different languages; sounds, including wind, rain, and the human heartbeat; and 90 minutes of music.

It will be about another 20,000 years before the probes pass the nearest star, Proxima Centauri, with this time capsule of human life, Scientific American reported.