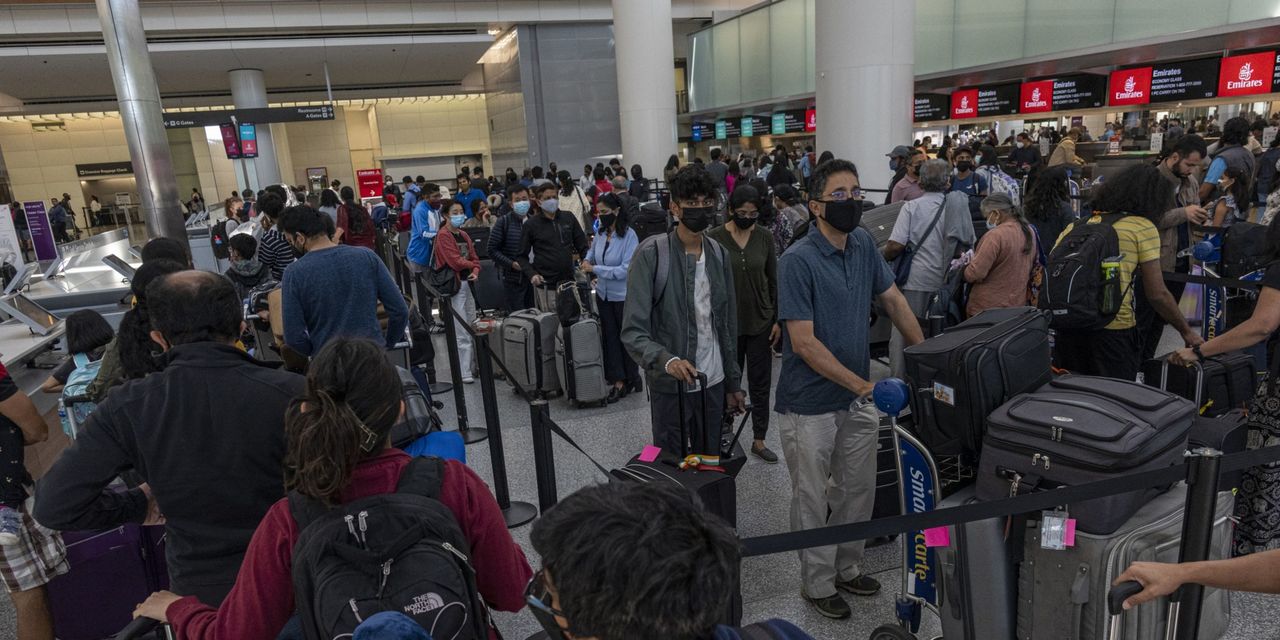 Airlines canceled more than 1,500 flights in the US on Thursday, one of the worst days yet for travel as the peak summer vacation season heats up.

The cancellations came less than three weeks after airlines kicked off the summer travel season by canceling about 2,800 flights in a five-day stretch around the Memorial Day holiday weekend.

And they happened as airline CEOs held a virtual meeting with Transportation Secretary Pete Buttigieg — a sign of the Biden administration’s concern about the prospect of snarled airports and unhappy travelers this summer.

“I let them know that this is a moment when we are really counting on them to deliver reliably for the traveling public,” Buttigieg told NBC News.

During the meeting, which took place by videoconference, Buttigieg asked the CEOs to describe steps they are taking to operate smoothly over the July 4 holiday and the rest of the summer, according to a person familiar with the call but not authorized to discuss it publicly .

Buttigieg also pushed airlines to examine whether they can handle the schedules that they have published, and to improve customer service, the person said.

The head of trade group Airlines for America, Nicholas Calio, said in a statement that industry officials appreciated the chance to talk with Buttigieg and “discuss our shared commitment to prioritizing the safety and security of all travelers.”

Airlines are struggling with shortages of workers, especially pilots, that are hurting their ability to operate all their planned flights. Pilot unions at Delta, American and Southwest have said their airlines were too slow to replace pilots who retired or took leaves of absence during the early part of the pandemic.

Two Senate Democrats said this month that the holiday weekend performance “raises questions about airline decision-making.” Richard Blumenthal of Connecticut and Edward Markey of Massachusetts said delays and cancellations “are occurring so frequently that they are becoming an almost-expected part of travel.”

The airlines blame bad weather and the Federal Aviation Administration, an arm of the Transportation Department that manages the nation’s airspace. In a letter to the senators, Calio ticked off a long list of FAA delays and staffing problems over the holiday weekend.

The airlines have jousted with the FAA this spring over delays in Florida, where air recovered more quickly than in many other parts of the country. After meeting with airline representatives in May, the FAA agreed to increase staffing at an air-traffic control center near Jacksonville and make other changes.

Concern about flight problems comes as the number of air travelers in the US pushes above 2.2 million a day. That is still about 300,000 fewer per day than in mid-June 2019, but crowds will grow over the next several weeks and almost certainly break the pandemic-era record set on the Sunday after Thanksgiving last year.

Bottlenecks could pop up at gateway airports where travelers enter the United States. Last weekend, the Biden administration dropped a 16-month requirement that people test negative for COVID-19 before boarding a flight to the US That decision is expected to boost international travel — United Airlines said Monday that it saw an immediate increase in searches for overseas flights.

Another threat: The FAA is urging airlines to quickly upgrade equipment that might be vulnerable to radio interference from new wireless service. The agency’s acting administrator, Billy Nolen, told airlines Wednesday that Verizon and AT&T plan to turn on hundreds of 5G C-band transmitters near airports on July 5.

Dire forecasts of fallout from the wireless companies’ initial C-band service failed to come true early this year. Still, Nolen said FAA can’t promise that there won’t be problems with some planes. He said industry officials have found a way to retrofit many planes with problematic gear by the end of the year and others in 2023.

Shares of the largest six US airlines dropped between 6% and 9% on Thursday, as jitters about the economy felt the broader market tumbling.