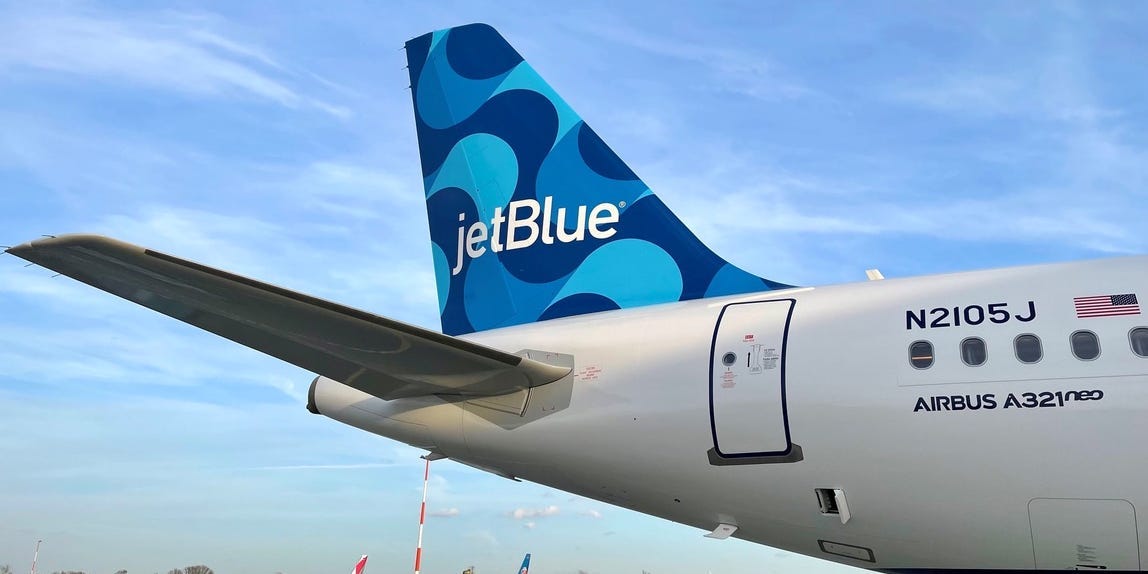 JetBlue Airways revealed on Tuesday that it has placed a $3.6 billion bid for low-cost giant Spirit Airlines, with plans to scrap Spirit’s brand in the potential acquisition.

Spirit confirmed the bid in a press release, calling the offer “unsolicited.” JetBlue’s bid edges out budget rival Frontier Airlines, which announced a groundbreaking agreement to buy Spirit for $2.9 billion in February, which would create the US’ fifth-largest airline.

The combined Spirit and Frontier carrier would be worth an estimated $6.6 billion, which is less than JetBlue’s potential merge worth $7.3 billion.

According to CNBC, the news has puzzled Wall Street analysts, with Bank of America analysts writing “we struggle to find additional benefits for [JetBlue].”

If Spirit were to accept JetBlue’s offer, JetBlue plans to scrap the budget carrier’s yellow-plane brand and wrap the jets in blue. Analysts say the move would leave Frontier as the only large low-cost airline in the US.

“Blue skies in Florida for Frontier,” Brett Snyder, the founder of the Cranky Flier travel website told CNBC. “They don’t have a serious competitor anymore.”

The New York Times reported that while JetBlue’s offer is worth more than Frontier’s, the carrier may not see as many benefits as Frontier. For example, Frontier and Spirit are ultra-low-cost carriers that charge extra for amenities like bags and food.

JetBlue, on the other hand, has a more premium product that offers free onboard Wifi and inflight entertainment.

Despite the product differences, JetBlue CEO Robin Hayes sees the acquisition as a growth opportunity.

“The transaction would accelerate our strategic growth and create sustained, long-term value for stakeholders in both companies,” he said in a press release.

Moreover, the acquisition would set JetBlue up to significantly grow its fleet. According to CNBC, JetBlue would have 675 planes by 2027 with the merger, but without, they’d only have 346.

JetBlue executives said in a call with analysts on Wednesday that the merger would help the airline grow in places like Dallas/Fort Worth, Chicago O’Hare, Atlanta, and cities in Florida. Spirit and JetBlue overlap on 11% of routes.

Frontier told Insider in a statement that the timing of JetBlue’s offer is “surprising” due to its ongoing lawsuit over its Northeast alliance with American but Hayes said in the call that a Spirit merger would be “complementary” to its American partnership.

The approval odds of either merger are still unknown. Some members of Congress, like Senators Elizabeth Warren of Massachusetts and Bernie Sanders of Vermont, said in a March letter they worry the carrier that would result from Frontier and Spirit combining could impact customers by increasing fares and worsening customer service. The US Department of Justice has not commented on JetBlue’s bid for Spirit.