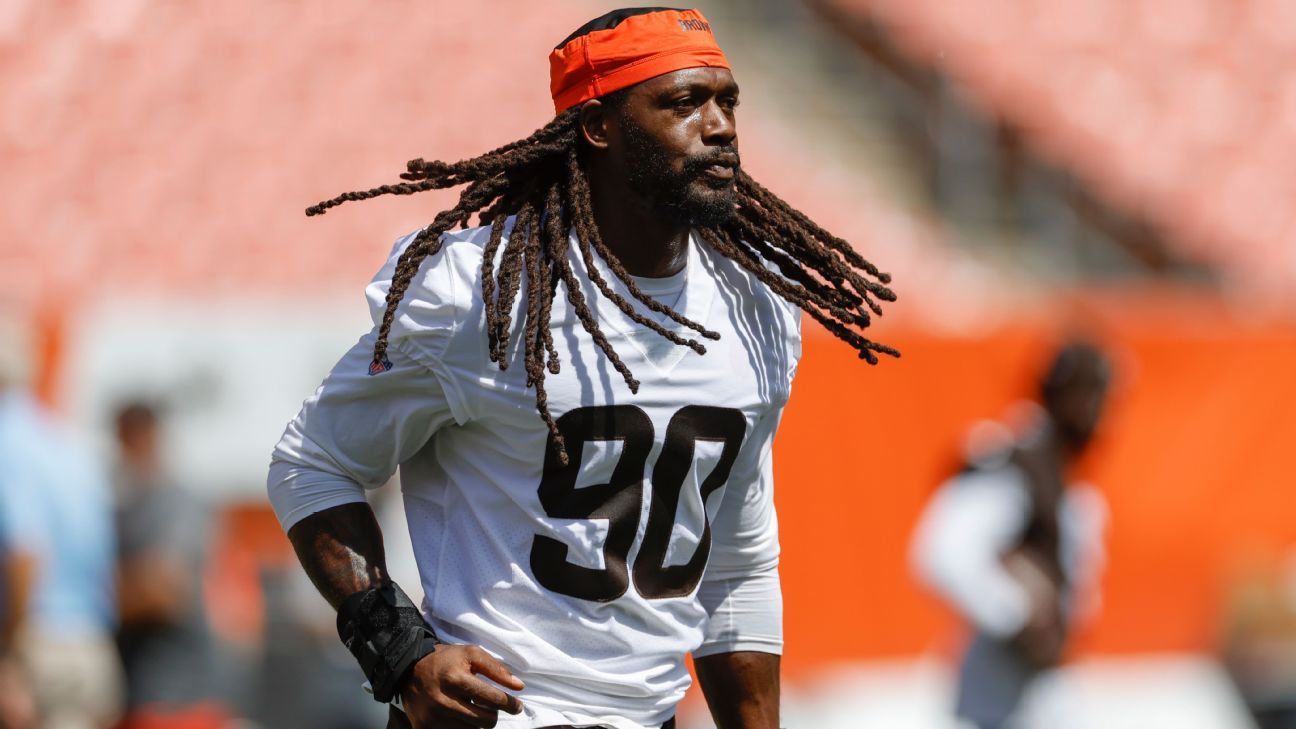 BEREA, Ohio — Jadeveon Clowney admitted Thursday that he ultimately decided he would be re-signing with the Cleveland Browns once he knew quarterback Deshaun Watson was headed to Cleveland, too.

“I thought I played well here last year, and I feel like I can get better and pick off from what I did last year,” the defensive end said when listing the reasons he returned to the Browns.

“Then my boy came here, Deshaun.”

Clowney is coming off a breakout season with the Browns after signing a one-year deal last year. Playing opposite All-Pro pass rusher Myles Garrett, Clowney finished with nine sacks; both Garrett and Clowney ranked in the top four in the NFL in pass rush win rate.

“I go [Garrett] did some good things together,” Clowney said as the Browns completed their final minicamp practice at FirstEnergy Stadium. “We got along well. We played well together. We fed off each other. We’re going to do the same thing this year, even better. … We got a good thing going from last year. We want to keep it going this year.”

What tipped the scales for Clowney, though, was the opportunity to play again with Watson, his former teammate with the Houston Texans.

“I was all about where my boy Deshaun was going,” Clowney said. “I just wanted to go play with him and see what I can do with him again.”

The Browns traded for Watson in March, sending three first-round picks to the Texans.

A source told ESPN that Clowney spoke to Watson the week of the trade while Watson was still considering the New Orleans Saints, Carolina Panthers or Atlanta Falcons and that, in their conversation, Clowney gave Cleveland and the Browns a strong endorsement.

“I told him if he goes [to Cleveland]then I will follow him over here,” Clowney said. “That’s what it came down to.”

It remains unclear when Clowney will actually get to play with Watson, though. Watson is facing 24 civil lawsuits from women who have accused him of inappropriate sexual conduct during massage sessions.

Although two grand juris in Texas declined to pursue criminal charges against Watson earlier this year, the NFL is investigating whether he violated its code of conduct and the league interviewed the quarterback in person last month as part of its investigation. At the league’s spring meeting, commissioner Roger Goodell said that he thought the NFL was nearing the end of its investigation but that he couldn’t give a timeline for when a ruling might be made. Watson has maintained his innocence of him, reiterating Tuesday that he never “harassed” or “disrespected” or “forced” any woman.

“We’ve got a good defense, we can hold it together,” he said. “We did good last year, and we were banged up on offense all over the place and our defense played well for what we had going on. … We’re going to be all right.”

The Associated Press contributed to this report.