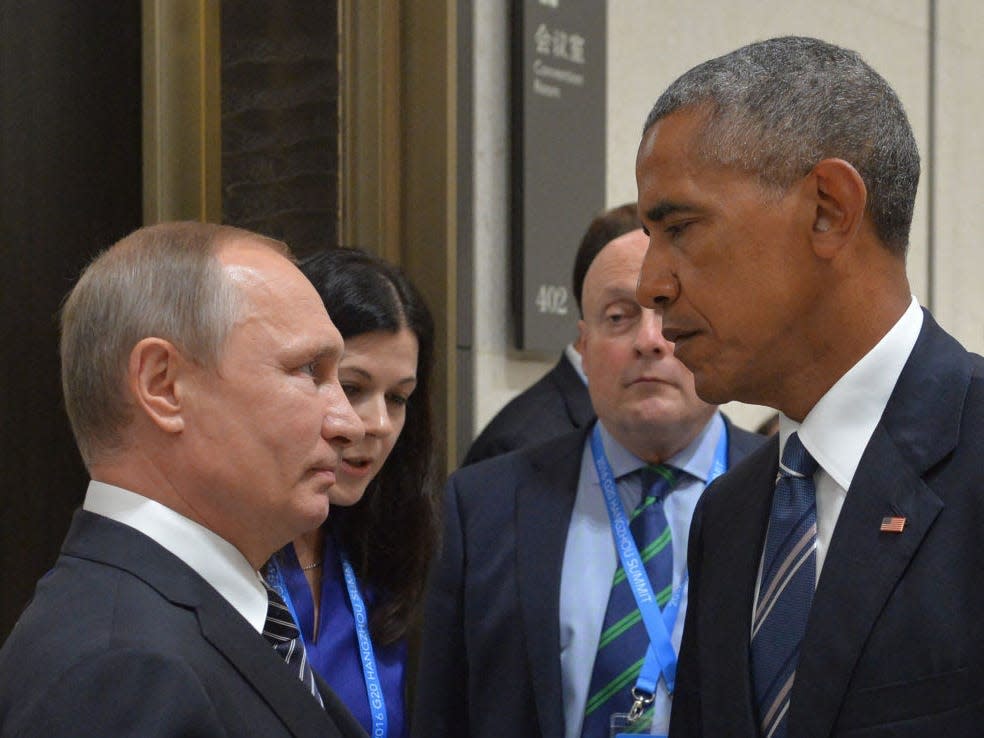 Former President Barack Obama said Vladimir Putin appears to have changed, and when he was in the White House, he didn’t believe the Russian president would risk everything to launch an invasion of Ukraine.

“I don’t know that the person is the same as the person who is now leading this charge,” he said. However, “he was always ruthless,” Obama said of Putin Wednesday, during an event hosted by the University of Chicago’s Institute of Politics and The Atlantic.

“For him to bet the farm this way? I would not have predicted it from five years ago,” he added.

He added that Putin had likely not expected the less predictable strength of Ukrainian resistance, was “more remarkable predictable” than he probably assumed.

During Obama’s presidency, relations between Russia and the West worsened significantly.

In 2014 Putin annexed Crimea and launched a separatist conflict in east Ukraine in response to mass protests that saw the pro-Kremlin Ukrainian government toppled.

Obama led Western nations in imposing a range of sanctions on Russia’s economy and top officials. At the time, some analysts said the sanctions weren’t tough enough to deter further aggression by Russia. Obama administration officials said they wanted to avoid economic blowback on the US and European economies.

Putin also turned his aggression against the West, meddling in elections and seeking to stoke unrest. US intelligence and multiple intelligence agencies have said that in 2016 Russia launched a campaign to damage the candidacy of Hillary Clinton, whom Obama endorsed his successor, and elevate Donald Trump’s candidacy.

Russia’s invasion of Ukraine has resulted in the Biden administration leading the Western nations to impose a further punishing round of sanctions, largely isolating it from the international economy.

In his remarks Wednesday, Obama said he was encouraged by the unified Western response to Putin’s aggression, but it was too early to tell what an “endgame” to the conflict looked like.

“I would not only try not to predict what’s in the mind of Putin, but how the Ukrainians perceive this struggle because we are sitting here comfortably and they are going through heck,” he said.