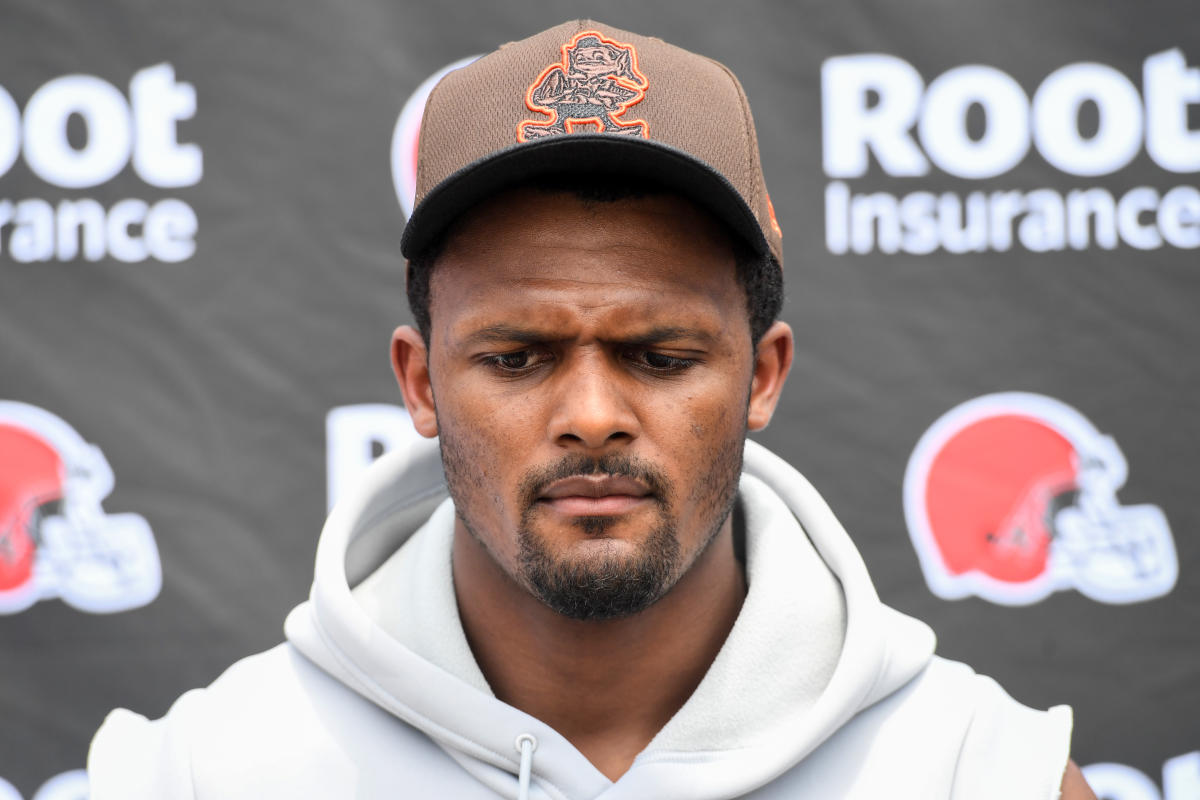 The NFL Player’s Association reportedly has a plan to defend Cleveland Browns quarterback Deshaun Watson if and when the NFL decides to punish him following the ever-growing sexual assault civil lawsuits against Watson.

A source told Mike Florio of Pro Football Talk that the NFLPA, which is required to defend Watson, will argue that whatever punishment Watson faces is not the same as how the NFL treated three team owners following their own off-field scandals. Those owners, according to Florio’s source, are the Washington Commanders’ Daniel Snyder, the New England Patriots’ Robert Kraft and the Dallas Cowboys’ Jerry Jones.

“Per a source with knowledge of the intended strategy, the NFLPA is currently bracing for a recommendation by the league of ‘unprecedented’ punishment of Watson,” Florio wrote.

“The explains that the NFLPA would defend Watson in part by making aggressive argument premised on the consequences, or lack thereof, on a trio of owners an imposition that recently have found themselves embroiled in off-field controversy. The argument will be the punishment of Watson is not proportional to the punishment of those owners, especially in light of this key line from the Personal Conduct Policy: ‘Ownership and club or league management have traditionally been held to a higher standard and will be subject to more significant discipline when violations of the Personal Conduct Policy occur.'”

What did Snyder, Kraft and Jones do and how were they punished?

The NFL investigated Snyder for workplace misconduct allegations, eventually fining him $10 million and forced him to cede day-to-day operations to his wife. He was not suspended or asked to sell the team. Snyder remains embroiled in two Congressional investigations stemming from the initial one made by the NFL. He recently declined to testify before the House Oversight Committee regarding their investigation.

Kraft was charged with solicitation in 2019 as part of a larger prostitution ring bust in Jupiter, Florida. He pleaded not guilty and the charges were dropped in 2020 after an appeals court threw out the video evidence against him. Kraft was not reprimanded by the league for his actions.

Jones reportedly paid $2.4 million total to the four Cowboys cheerleaders who were accused of senior film team executive Richard Dalmple of them in the women’s locker room, according to an ESPN report. Cowboys representative said the team found no evidence of wrongdoing by Dalrymple, though, and neither Jones nor the Cowboys were ever investigated by the NFL.

How this affects Watson

The NFLPA’s strategy is less about denying the allegations against Watson — for which there are many — and more about demanding equal treatment for owners of similar transgressions. It also means shedding light on the NFL’s enforcement of its Personal Conduct Policy.

So, if the NFL suspends Watson regardless of the outcome of the civil suits against him, the NFLPA may well question why Snyder, Kraft and Jones did not receive comparable punishments for their own scandals.

NFL commissioner Roger Goodell told reporters at the end of May that the league’s investigation into Watson was “nearing the end,” but the recent additional lawsuits against Watson this month have cast doubt on when the league would make its decision.

Watson maintained his innocence as recently as Tuesdays when he told reporters he “never assaulted, disrespected or harassed anyone” despite the 20+ civil sexual misconduct cases against him and a New York Times report that detailed other alleged encounters between Watson and massage therapists.