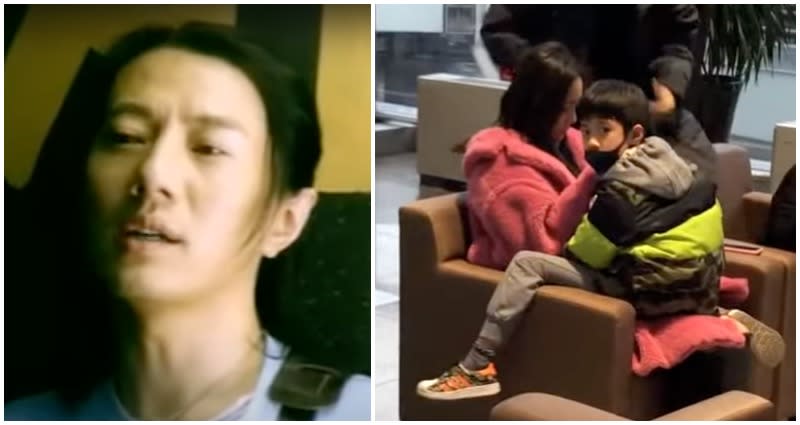 Chinese rock star Zheng Jun received online backlash after he revealed that he punished his 11-year-old son by having him kowtow 1,000 times for lying.

The Beijing-based singer posted on Weibo about his son’s punishment on Sunday. He ordered him to kowtow 1,000 times after he caught him lying.

His son, named Jagger, then asked him if he could choose another form of punishment after completing 200 kowtows.

“I said ‘I give you a beating? Or [you can] cross-legged sit [on the floor] for an hour in exchange for 500 kowtows? [Jagger] said he’d choose to sit cross-legged, at least [he] can learn something [from it],” June reportedly wrote

After being in the uncomfortable yoga position for 10 minutes, the young boy cried out and promised not to lie again. However, his plea for him to be spared was ignored by the singer as he continued recording the punishment on video.

The post went viral, with viewers accusing Jun of child abuse, leading the singer to edit his social media post and advise parents not to follow his punishment. He claimed that he and his son had been practicing sitting cross-legged, and that Jagger “can do it easily for half an hour.”

“The boy is young. Excessive punishment will not yield positive results,” a Weibo user commented.

“I hope you understand that in order to teach your child not to lie, you need to be patient and figure out why he lied, instead of simply resorting to punishment,” another wrote.

After deleting his original post, the singer wrote a new post claiming that the kowtow he ordered his son to do was a “simple and effective” yoga movement that is similar to a Tibetan Buddhism ritual.

“Cross-legged sitting is a good way to cultivate children’s concentration,” Jun reportedly wrote. “My son and I kowtow together every morning and often perform leg-crossed sitting in the evening.”

“I have never beaten my child,” he added. “I have never required my child to realize any of my dreams. I just hope he becomes an honest, kind, strong and brave person.”

“You don’t have to care what the public thinks,” one user who sided with the singer wrote, according to South China Morning Post. “I have a daughter, and I beat her whenever I thought it was necessary. Now there is no problem with her. Children don’t bear grudges as long as you explain your intentions clearly to them.”

Zheng Jun is a rock singer-songwriter who won the MTV International Viewer’s Choice Award for his song “1/3 Dream” in 2002. He recorded a Chinese-language version of the song “Yellow” by Coldplay, which was sung by Katherin Ho and included in the soundtrack of the 2018 film “Crazy Rich Asians.” Jun and his son de him previously gained popularity with fans after appearing on the Chinese variety show “Dad Is Back” in 2015.

More from NextShark: She Made $9 an Hour Just 6 Years Ago, Now She’s a Golden Globe Winner